The Liverpool Women’s Hospital is a great hospital where staff, in general, are happy to work. It saves many lives and helps launch thousands more tiny lives each year. In the midst of all the damage being done to the NHS, saving Liverpool Women’s Hospital is crucially important, for all our mothers, sisters, daughters, friends and lovers and for all the babies born there.

The Chief Executive of LWH is reported as saying “Alongside the patient stories featured, you will see some of the other challenges we face as an NHS Foundation Trust, including our desire to protect our services for the long-term future by moving to a new Liverpool Women’s Hospital on the campus of the new Royal Liverpool Hospital site.”

The time money and effort put into the flawed plan to move the hospital less than a mile down the road, has perhaps distracted the board, if we are now to believe that after all recruitment is the problem. This crisis in recruitment has not featured greatly at the board meetings of LWH which our campaigners have attended for the last number of years.

Our campaign sees the move as a serious risk to the service provided by Liverpool Women’s Hospital. The people of the UK and of Liverpool have lost many NHS beds and services, we have had to pay for crazy dangerous projects like Carillion at the Royal PFI, all of which have been “sold” to the public with false gravitas by NHS strategists and politicians. Not many apologies have been forthcoming when they have been proved so very wrong.No apologies for leaving the NHS short of beds, no apologies for the PFI scandal. Why? These projects have made a lot of rich people much richer

Doctors themselves need more doctors so they do not have to work ridiculously long hours, and have a better work life balance.

There are now more doctors in training, and if you trust him, Jeremy Hunt claims that more doctors will be trained in future, with new medical schools opening.

There is though a shortage of doctors and many who train either take time out or leave altogether or want to work part-time. Doctors are human and often female. Women need time off to have babies. Men too want paternity leave. Ridiculous working hours and stress make it harder to retain staff.

There is a shortage of doctors at pretty much every stage.

The basic causes of the shortage are

1. The UK has not trained enough doctors and relied on recruiting from abroad. There are many overseas doctors working in the NHS. These medics are most welcome and badly needed.

2. Cuts, privatisation and underfunding are driving significant deterioration of the  work experience for staff

3.Recently, there has been a drop in recruitment from the EU.

There are some recruitment issues specific to the main specialisms, obstetrics, and gynecology, in the Liverpool Women’s hospital. The most commonly mentioned was difficulty in recruiting to rural areas. Being in a rural area is not a problem at Liverpool Women’s Hospital.

None of these issues would be changed by the unnecessary move of LWH less than a mile down the road to the New Royal Site, proposed by the Liverpool CCG and the Trust.

To improve recruitment our campaign believes the Trust, the Government and NHS need to do the following 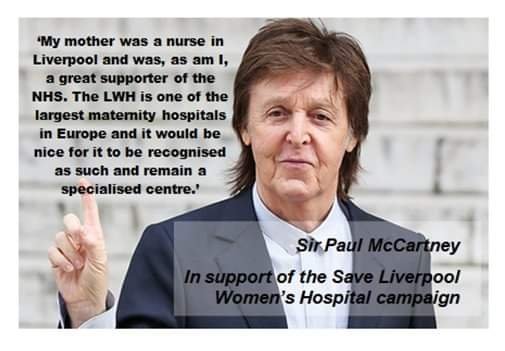 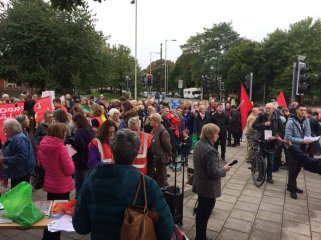 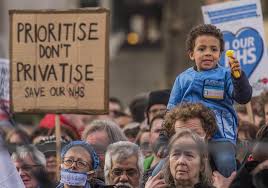 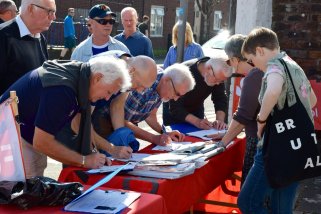